The use of breastfeeding as a birth control option is commonly known as Lactational Amenorrhea. There have been a lot of conflicting views about whether or not Lactational Amenorrhea really works. Constant studies have however shown that the method works well but only if the laid down conditions are met to the latter. These conditions, that are also backed up by The Center for Disease Control include the following;

How effective is lactational amenorrhea?

Reproduction experts have made it clear that lactational amenorrhea is 98% effective. This means that out of one hundred women who used breastfeeding as a method of contraception, only two ended up getting pregnant despite meeting the laid down conditions. The effectiveness of this method is solidly built upon exclusive breastfeeding. This means no use of breast pumps or pacifiers as alternatives to nursing the baby.

How can use lactational amenorrhea?

Like any other form of contraception, the breastfeeding option is not for everyone to use. It is only effective if you don’t get too tired to nurse your baby or if you are constantly available to do that. Mothers working away from home may find it a bit hard to breastfeed exclusively unlike those working from home.

Another group of mothers who might not fit the criteria are those who, for medical or personal reasons, may be advised to resolve to pumping milk or supplementing breastfeeding with formula. Failure to breastfeed at intervals of four to six hours may render you unreliable as your sexual hormones become active and your periods become regular again. This means that you could easily become pregnant.

Lactational amenorrhea is not just effective, but also less costly. However, it requires so much discipline. This means that a lapse on any of the previously discussed conditions may lead to failure. 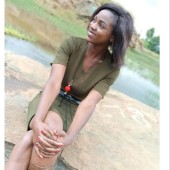 A million thanks for visiting my blog! I am a Kenyan based digital marketer who is passionate about natural living. I am also the co-the founder of dimediainnovation, a successfully digital marketing agency that helps promote businesses and build customer loyalty through digital marketing efforts. As the name suggests, my naturalworks.com blog is inspired by nature. I love using natural beauty products due to the obvious reasons; they are more effective, affordable and safe, and know you will love them too! This is the reason why I am delighted to share these secrets with you so that we embark on this natural beauty journey together. Feel free to like, share and leave comments on articles that inspire you the most. Cheers!

Old is gold, ancient beauty secrets we can apply today